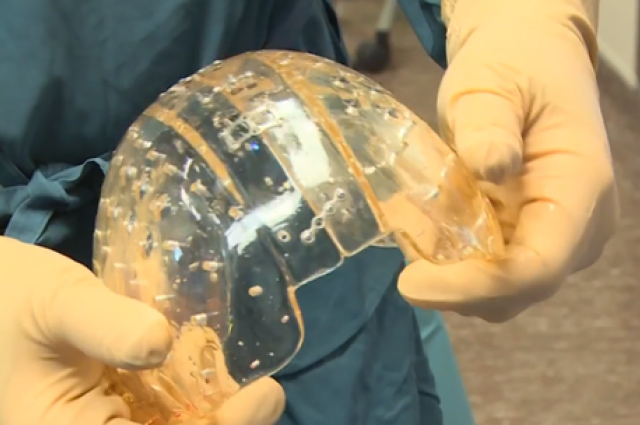 A Scientific team from Utrecht, has made medical revolution by replacing a woman’s entire skull with a plastic one made by a 3D printer.

The woman was suffering from a rare medical condition where her skull started thickening, and had reached nearly 3 times the thickness of a normal human skull. While there were reports earlier that some parts of the skull have been replaced by 3D printing, this is for the first time that an entire skull replacement has been done successfully.

This revolutionary technique can be used in patients with problems of bones and skull damage.